Difference between revisions of "Directions"

From sshcWiki
Jump to navigation Jump to search

The space is located at 2233 S. Throop St. Unit 214, Chicago, IL 60608. It's the building with the huge radio tower on it, and the entrance is on the side opposite Throop (closest to the power plant) under the black banners that say Mana Contemporary. There is a buzzer for access on any day but Sunday. 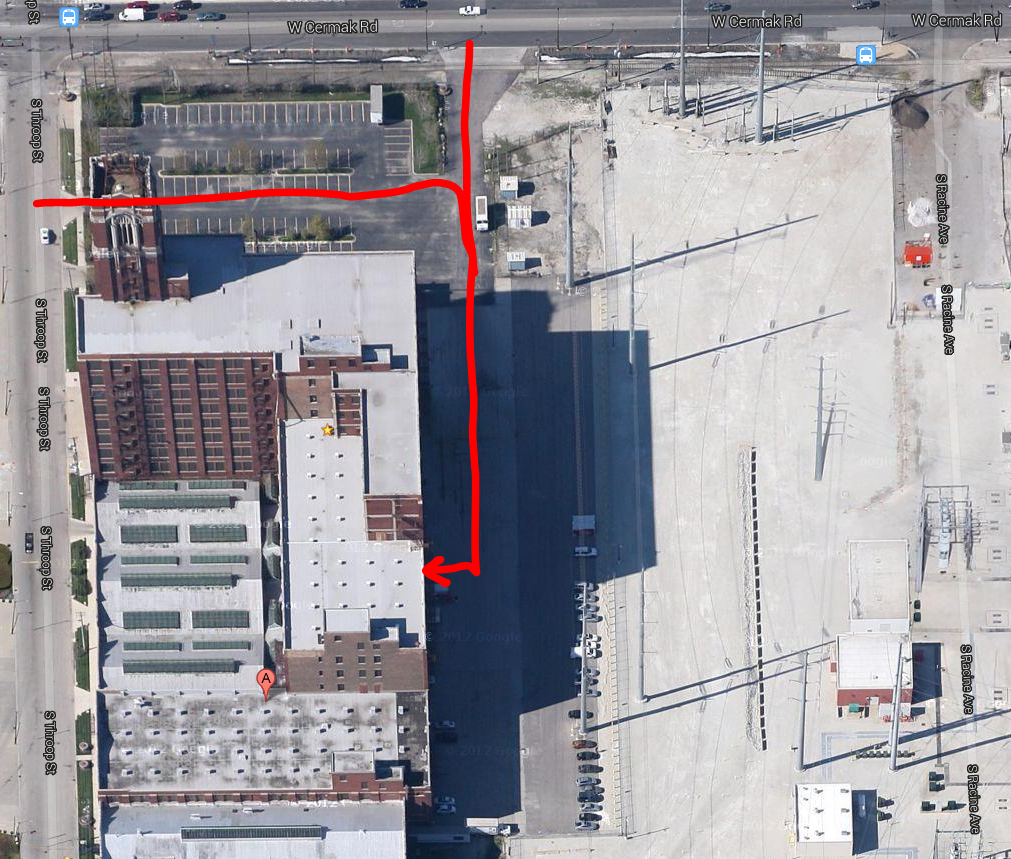 The 60 bus is a night-owl service route from downtown with a stop at Loomis and Cermak, which is two streets west of the space. The Pink line stops at 18th and Ashland, which is a longer walk. The Red line Cermak/Chinatown stop can connect to the 21 bus westbound during non-owl hours.

Cermak is cycling-unfriendly, with no bicycle lanes, on-street parking, and angled train tracks across it. It is suggested to ride north a block and then come down Allport and into the parking lot.